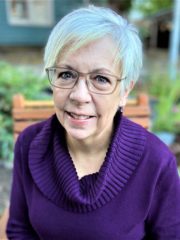 Stephanie Nix-Thomas earned her degree in civil and environmental engineering with a business minor from Utah State University in 1984. She worked as a consultant engineer in Salt Lake City for seven years before moving to the State Department of Environmental Quality where she worked in water quality as an environmental engineer. In 1992 she moved to the policy office of DEQ as a liaison with small businesses and Native American tribes.

In January 2000 Stephanie joined her family’s construction business, Claude H. Nix Construction Co. Her experience in engineering and government proved to be beneficial as she and her brother, Jon Nix, purchased and took control of the business from their parents in 2002. She also found that underground construction, especially trenchless technologies, was her career of choice. It has held her attention for 20 years!

In 2004, Nix Construction completed the first pilot tube microtunneling project in the state of Utah and, in 2005, they made the decision to focus their general contracting company on trenchless methods of construction. In the same year, they won recognition from NASTT for pioneering pilot tube pipe ramming on the commuter rail project in Utah. Over the years, the company has gained expertise in not only pilot tube microtunneling, but also tunnel bore, auger bore, pipe ramming, pipe bursting and any combination of methods. They have made choosing the “right horse for the course” with respect to trenchless methods, a resource for construction projects and for assisting engineers with trenchless designs.

At the inception of the Rocky Mountain Chapter of NASTT, Nix Construction established Utah’s first group of participants. Stephanie was involved from the beginning and organized one-day Training Day Conferences in Utah in 2015 and 2016. In the fall of 2016, she led the organization’s first regional chapter conference on the west side of the Rockies and has led or helped with conferences in Utah and Colorado since. She has also served as the chapter treasurer since 2016. Recently, she has volunteered on the Auction Committee for No-Dig. In addition to NASTT, Stephanie is an active member of Associated General Contractors and American Society of Civil Engineers.