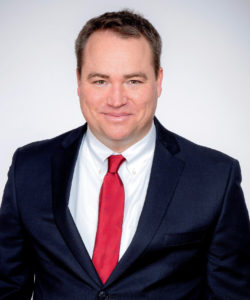 Today’s blog post is a guest post from Ted Roberts. Ted is a Minnesota-based attorney and NASTT member focused on helping contractors steer through project disputes and other legal obstacles. He welcomes feedback about this article and may be reached at ted@tedrobertslaw.com or on LinkedIn at linkedin.com/in/hddlawyer. His website—www.directionaldrillinglaw.com—is currently under construction.

In this article I share five rules for getting paid faster with fewer objections. The five rules are distilled from my experience litigating lawsuits stemming from horizontal directional drilling projects. Reflecting on what the parties were fighting about in those cases, I tried to come up with a set of “best practices” that, had they been followed in the cases I handled, might have prevented a lawsuit in the first place or at least reduced the time and expense needed to resolve it.

As detailed below, the five rules are:

Write down the important stuff.

Easy to remember and easy to do: document important communications and events in writing, when they happen. I do not think I exaggerate when I say that many lawyers would be out of a job if more contractors lived by this principle: “If it’s not in writing, it never happened.”

While most of us know that contracts should be in writing, many contractors still find themselves fighting over incidental agreements and commitments made during the project’s performance. Because these are often the result of a conversation or meeting, no one bothers to make a record. While I am not suggesting that someone transcribe everything said on the job site, my own experience suggests that many disputes could be avoided had the parties documented their agreement in writing.

Here are some examples of the types of discussions and agreements that should be documented:

Unless the contract requires something different, written documentation need not be lengthy or formal: a quick email can be enough, or a hand-written note signed by both sides.

Treat your contract as a rulebook, not something to be signed and filed away.

Good construction contracts anticipate and address the issues most likely to cause problems on an HDD project. These include what are commonly known as “project risks” or “construction risks”: delays, frac-outs, and unexpected subsurface conditions, for example.

All of these risks can negatively impact the project by either increasing either the time or costs required to complete the work. The occurrence of any of these events should trigger an immediate review of the contract. Chances are, the contract will provide specific instructions on how the contractor should respond, especially if the contractor intends to ask for additional time or money as a result. More often than not, the contract will require written notice and other documentation within a short period of time. A contractor who ignores these requirements is at risk of losing any rights to additional time or money.

Events that impact a project’s schedule and cost are not the only reason to take a second look at your contract. Refer to your contract whenever:

All of the above assumes that your contract actually has something to say about these issues. Good construction contracts will address these issues and most do.

Some contracts, especially lower-tier subcontracts, do not. I have encountered more than one subcontract limited to a one-page proposal, without much else. If you are dealing with such a contract, then proceed with caution and consult a lawyer.

It is not uncommon for a contractor to incur additional, unexpected costs on a project through no fault of its own. Delays, contract changes and extras, and differing site conditions may all negatively impact the bottom line. And a contractor may have the right to be reimbursed for these costs. But a right to payment is only half the battle. The legal right to be paid means nothing if the contractor is unable to show what its actual costs were.

You may have heard this in math class: “Show your work.” This is also a good rule to follow when documenting any extras on a job. A contractor who is incurring extra costs should keep two goals in mind. The first goal is to segregate the extra costs so they can be easily distinguished from costs related to the work under the contract. The second is to show that the extra costs were the result of a specific cause; for example, extra costs attributable to delayed site access.

Detailed contemporaneous documentation can only help your cause. Paper the file. Was your work or equipment damaged? Assign a separate job-cost accounting code and document the damage and repairs with photographs and daily work records. Did you attempt to limit or contain your costs? Document that. If your schedule was impacted, make any necessary changes to your schedule. Was the matter discussed? Any discussions, agreements, and resolutions should be noted in writing when they happen.

Here’s what NOT to do. Do not wait until the end of the project and attempt to “guesstimate” your extra costs. Back-of-the-envelope cost calculations are rarely acceptable, either to those paying the bill or to a judge and jury sitting in a courtroom.

Preserve your lien and bond rights.

Mechanic’s liens and payment bonds are among the most valuable tools available to an unpaid contractor. This is so for two primary reasons. First, lien and bond claims allow a contractor to recover its attorneys fees in most cases. Second, both offer another source of payment—a second set of pockets—to pursue when your customer is either unwilling or unable to pay. And if your customer is insolvent, or declares bankruptcy, a lien or bond may be your only way to get paid.

Liens and payment bonds are often not treated with the respect they deserve. The leverage and power of a lien or bond claim should not be underestimated. A contractor with a valid lien or bond claim is a lot harder to ignore and a lot more expensive to fight. The threat of attorney’s fees, or the pressure exerted by the owner of property that has been liened, may be enough to motivate the other side to drop its objections and resolve a payment claim sooner.

Here’s a rough guide for contractors wanting to keep these two weapons in their arsenal. Before starting work on a project, a contractor should, either by itself or with the help of a lawyer, answer these three questions:

Of these three, the third is the one most often bungled. Know this: many lien and bond laws impose strict deadlines upon a contractor wanting to assert a claim. Many contractors allow these remedies to lapse as they continue to negotiate with their customer. For this reason, I suggest that contractors know what they need to do before starting the work and, as they close out their project, calendar any deadlines for filing a lien or taking action against a payment bond.

Expensive claims and lawsuits do not happen simply because something goes wrong on a project. Even if a project’s costs suddenly increase because of the unexpected—bad geotechnical conditions, for example—an expensive lawsuit is unlikely if the issue has been addressed by the parties’ contract.

The seeds of a lawsuit are often planted before the work is even started, when the contract is formed. This can happen when both sides believe they have entered into a contract but harbor different understandings about their rights and obligations. Unfortunately, many contractors do not fully appreciate the risks posed by the contract formation process until it is too late.

In my experience, this problem—both sides having conflicting ideas about the nature of their agreement—is present in a lot of disputes that end up in litigation. Common scenarios include Here are three ways I’ve seen this happen on HDD projects:

Here’s the point: a contractor’s mishandling or misunderstanding of the contract formation process can be financially disastrous if things go wrong. Contractors can manage risks they know about and price their work accordingly. But unknown risks are more difficult manage effectively and as a result more costly if they occur.

Nobody wants to fight over a claim for extra money or time. Lawsuits are expensive not only in terms of fees paid to lawyers and experts, but also expensive in the time and resources that required to deal with them. The occurrence of a project risk alone lead does not usually lead to an expensive legal fight, though some type of significant cost-impact like a delay or differing site condition is a necessary ingredient. The expensive disputes that end up in court usually also entail some type of misunderstanding or mismanagement of the contracting process. The five rules discussed above, if successfully implemented, should go far in avoiding such missteps.