Paul has spent 32 years in the trenchless technology industry promoting the development and use of microtunneling. 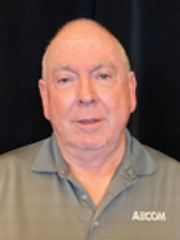 Paul has spent 32 years in the trenchless technology industry promoting the development and use of microtunneling. Paul has an Honors degree in Geology from the University of London. Paul spent his first 12 years working for BAROID in the oil exploration industry of the North Sea, Middle East and Africa. He worked as a Geologist and became a mud engineer and drilling engineer, all experience he would use later in his career in the Trenchless Technology industry.

The JV quickly formed an alliance with German engineering company Soltau who at that time were manufacturing the most advanced microtunneling system available and using it primarily in Berlin where the ground was sand. Decon started to manufacture a modified microtunneling system with key parts being supplied from Soltau Germany. After a year of development, the systems were capable of working in the clays that were prevalent in the UK and Paul and DECON sold the first microtunneling systems to contractors in the UK.
At this time Paul met Bernie Krzys who was then President of American Augers and the Soltau agent in the USA. Paul became involved in the early days of the ISTT and attended the first ISTT No Dig show in Washington DC. After two years the JV had completed its program and had successfully established microtunneling in the UK as a method of construction.

After a one-year sabbatical Paul Joined Soltau in 1990 and moved to the USA as President of Soltau Microtunneling USA. At this time Soltau was supplying equipment to Contractors working on the Houston Wastewater program, early contractors that became the leaders in the industry all had Soltau microtunneling systems in Houston and included BRH Garver, Oscar Renda & Kinsel . Paul joined NASTT and helped establish it and later became an Executive Director (International Representative) helping NASTT through a difficult period in the mid 90’s under Dr Ray Sterling. Paul and Soltau supported the early microtunneling industry in the USA by supporting NASTT and the No Digs and numerous training programs. Also supporting the Army Corp of engineers microtunneling trial under Dr David Bennett. Meanwhile microtunneling and its use was spreading across the USA other contractors such as Vadnais and NW Boring and Nova started microtunneling with Soltau equipment.

Some notable firsts in the USA were the development of a MTBM that completed the first hard rock project in the USA by Vadnais in San Diego, the first use of face access and a pressure airlock for the Chelsea River crossing in Boston. Through this time Paul developed equipment solutions and supported the equipment on each project to where Soltau in the mid to late 90’s was the leading supplier of microtunneling systems in the USA.

Paul and Soltau helped set up and support the Microtunneling short course at the CSM, Tim Coss who lead this effort as he does today was the Soltau western region representative at that time and the course was to try and develop education in microtunneling to owners, consultants and contractors so that microtunneling would become acceptable as a method of new pipe construction. Paul was a speaker at this course for the first 17 years and for the last 3.

Paul also with many others helped develop the first ASCE Guidelines to Microtunneling this effort was led by Glen Boyce. In 2007 Paul moved to Asia for Wirth Tunneling who had purchased Soltau he continued as a member of ISTT to promote the use of microtunneling in SE Asia, Australia, Middle East & India. Notable projects in Asia include the Sukumvit collector sewer 29Km of 10ft ID microtunneling in Bangkok Thailand and later the DJA Interceptor sewer in Delhi with 34km of microtunneling from 24in to 96in diameter.

Paul formed his own consultancy in India in 2009 specializing in design and construction support of microtunneling projects in India. In 2012 Paul Joined AECOM in India to lead AECOM’s continued growth in microtunneling and tunneling projects there. In 2015 Paul transferred back to the USA with AECOM to be based in Seattle to be part of AECOM’s tunnel and trenchless technology practice. Today Paul is Vice President and Operations Manager of the AECOM Tunnel & Trenchless practice and also Technical lead for Trenchless Technology. Paul continues to support all things “Microtunneling” and trenchless, he is a speaker at the Microtunneling Short course and was recognized in 2018 with the achievement award. Paul with AECOM supports NASTT No-Dig Shows and regional shows and is a regular speaker to owners supporting the use of trenchless methods for conveyance pipelines new installation and rehabilitation.

Paul has 32 years dedicated to the use of microtunneling and trenchless technology.