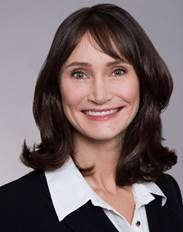 Cindy brings more than 21 years of professional engineering experience working in the design consulting industry, where she was an important driving force for evaluating, designing, and promoting trenchless technologies for myriad pipeline projects in the West. Formerly Principal/Vice-President and Associate of HydroScience Engineers and Harris & Associates, respectively, her reputation in the industry is both impressive and significant, and Insituform is fortunate to have her aboard.

Hailing from the University of California at Berkeley, Cindy is well known both nationally and regionally through her recent service on the NASTT Board of Directors, the WESTT Board of Directors, the Northern California Pipe Users Group (PUG), and through her current service as an instructor for the NASTT Trenchless Good Practices Courses offered nationally. She is a strong asset to both the trenchless industry and the Insituform team.

Cindy will be responsible for handling business development in the Northern California and Pacific Northwest Regions, in addition to participating in R&D and strategic planning in the pressure pipe rehabilitation arena. She can be reached at cpreuss@aegion.com or at (925) 408-3815.