Maynard Akkerman has dedicated his career to the principals of NASTT’s mission through trenchless underground construction equipment innovation and advocacy. 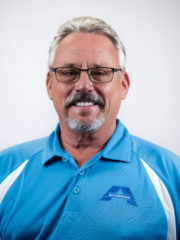 Maynard Akkerman, president, chief executive officer and owner of Akkerman, Inc., has dedicated his career to the principals of the NASTT’s mission through trenchless underground construction equipment innovation and advocacy.

Maynard began full-time employment in his father’s sewer and water construction company as a young adult 45-years ago. His father, D.H. Akkerman developed his own line of pipe jacking equipment and in 1973 launched Akkerman Manufacturing. From 1973-1987 Maynard was part of the construction crew on numerous tunneling and pipe jacking projects and in the plant involved with various phases of equipment fabrication.

In 1987, Maynard purchased the manufacturing business and renamed it Akkerman, Inc. and has been at its helm since that time. Under his leadership, the company has grown expeditiously. In 1995, Akkerman successfully introduced the first US-based microtunneling system, a distinction which still stands. Now in 2018, Akkerman manufactures five distinct lines of trenchless equipment, reports worldwide sales and employs 75 full-time employees.

Throughout his career, Maynard has cultivated many relationships in the tunneling industry and has been a strong promoter of trenchless methodologies. He was an original member of the NASTT, joining just a few months after its incorporation in 1990. He was nominated to The Moles in May of 2009. He’s had longstanding memberships with the National Utility Contractor’s Association and the Underground Construction Association of Society of Mining, Metallurgy, and Exploration.

Maynard served two terms on the NASTT Board of Directors from 1995-1998. He was a contributing member to the microtunneling standards committee for the ASCE for the first microtunneling standard in 2001. He was named the 2003 Underground Construction MVP by the Gulf Coast Trenchless Association and the 2008 Person of the Year by Trenchless Technology Magazine. In 2015, he was on the Blue Ribbon Review Committee for the ASCE’s Pilot Tube and Other Guided Boring Methods standard.

Akkerman is a leading employer in southern Minnesota, and Maynard is a steadfast supporter of community development, betterment, and fundraising initiatives as well as promoting Manufacturing in Minnesota. Maynard is an active member of the Minnesota and Austin Chambers of Commerce, member and past chair of the Development Corporation of Austin’s executive committee and Enterprise Minnesota’s Manufacturing advisory group.

A lifelong resident of Brownsdale, Minnesota, Maynard and his wife Robin, have three sons, two who have joined Akkerman and six grandchildren. Outside of family activities and travel, Maynard is enthusiastic about classic Mopar car restoration and collecting, is an amateur drag car racing competitor, hunter, fisherman, and golfer.