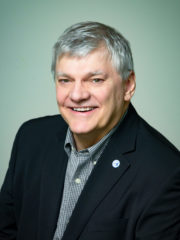 Michael J. Willmets joined NASTT in 1998 as the primary municipal representative for the Region of Ottawa-Carleton in Ottawa, Canada. In 2004, he proudly became the Chair of the Great Lakes, St. Lawrence & Atlantic Chapter and then in 2005, he was equally proudly elected to the NASTT Board of Directors.

Mike had some experience with retiring as he spent four years in the Canadian Army and then after 35 years in infrastructure management, he retired from the City of Ottawa in 2008. By any standards, it was a rather short second retirement as the next day, he started as NASTT’s Executive Director! After 12 years of service as the Executive Director, he retired yet again in January of 2020. That didn’t mean he was leaving the trenchless industry entirely, and he is excited for the chance to go back to his volunteer roots helping NASTT wherever he can.

Mike has authored or co-authored many technical papers presented at the NASTT No-Dig Show as well as provided articles on infrastructure management for several industry publications throughout his career. He is also the co-author of NASTT’s Introduction to Trenchless Technology Rehabilitation Methods Good Practices Guidelines book.

In his spare time Mike enjoys spending time with his wife Widy and their children and grandchildren. He also works tirelessly for a military history not-for-profit organization and collects military medals. Mike is a music aficionado with a vinyl record collection worthy of a museum!