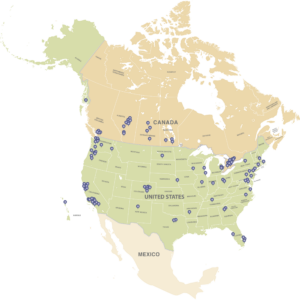 The NASTT No-Dig Show Municipal & Public Utility Scholarship awards employees of North American municipalities, government agencies and utility owners who have limited or no training funds with a Full Conference and Exhibition conference registration to the NASTT No-Dig Show (one-day conference registrations are also available). Hotel accommodations for three nights at the host hotel are provided for selected applicants. Recipients have full access to all exhibits and technical paper sessions.

NASTT membership is not a requirement.

A NASTT volunteer committee reviews the scholarship applications and selects recipients. In recent years more than 100 scholarships have been awarded each year.

Since 2013, the No-Dig Show Municipal & Public Utility Scholarship has been supporting the NASTT mission to advance trenchless technology and to promote its benefits for the public and the natural environment by increasing awareness and knowledge through technical information dissemination, research and development, education and training. Please review the NASTT’s No-Dig Show Municipal & Public Utility Scholarship Policy or contact us for further information.

Representatives from the following Municipal and Public Utility agencies have been awarded a scholarship to attend the NASTT 2023 No-Dig Show. Register now to attend and meet these future customers!